It’s a pleasure to publish some photos of our wonderful couples in Orvieto. The magnificient Cathedral is a large 14th-century Roman Catholic cathedral dedicated to the Assumption of the Virgin Mary and situated in the town of Orvieto in Umbria, central Italy.

The building was constructed under the orders of Pope Urban IV to commemorate and provide a suitable home for the Corporal of Bolsena, the relic of miracle which is said to have occurred in 1263 in the nearby town of Bolsena, when a traveling priest who had doubts about the truth of transubstantiation found that his Host was bleeding so much that it stained the altar cloth. The cloth is now stored in the Chapel of the Corporal inside the cathedral.

Situated in a position dominating the town of Orvieto which sits perched on a volcanic plug, the cathedral’s façade is a classic piece of religious construction, containing elements of design from the 14th to the 20th century, with a large rose window, golden mosaics and three huge bronze doors, while inside resides two frescoed chapels decorated by some of the best Italian painters of the period with images of Judgment Day. 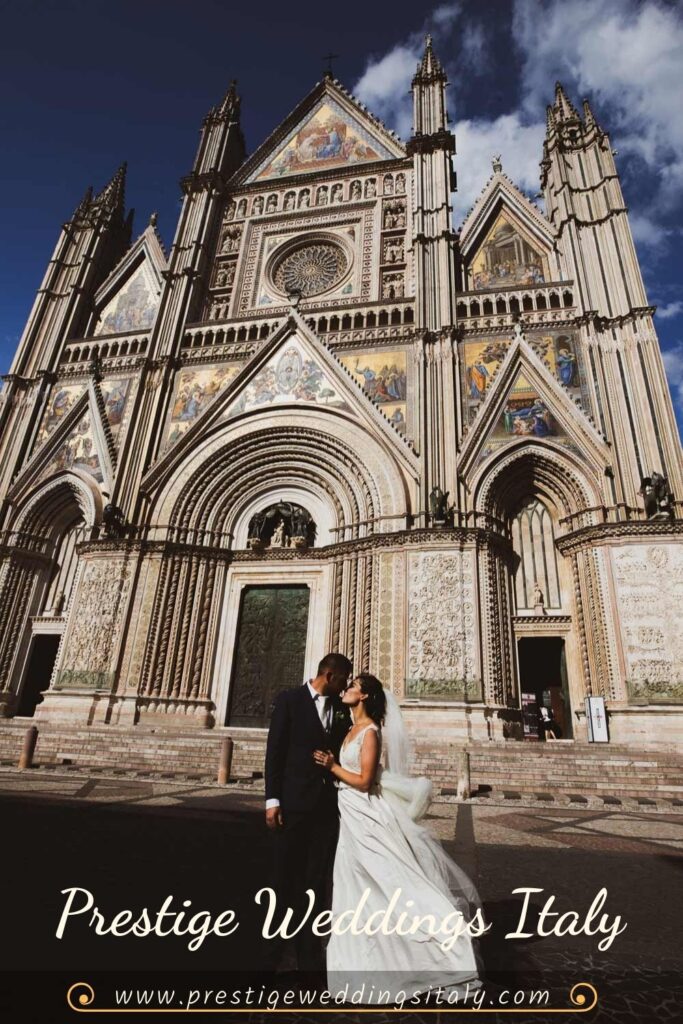 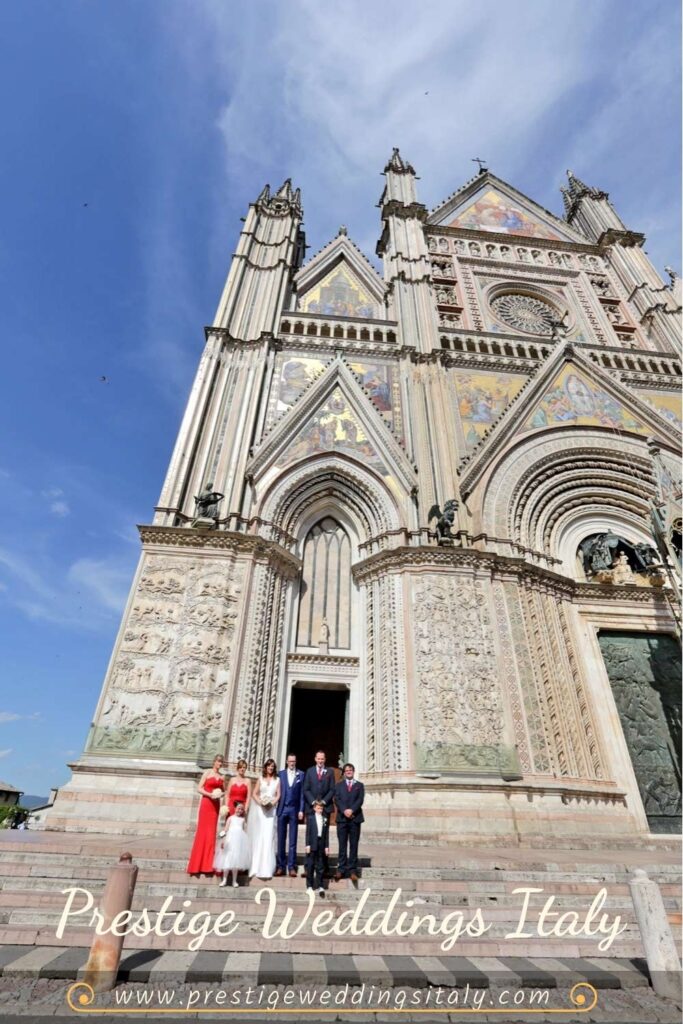 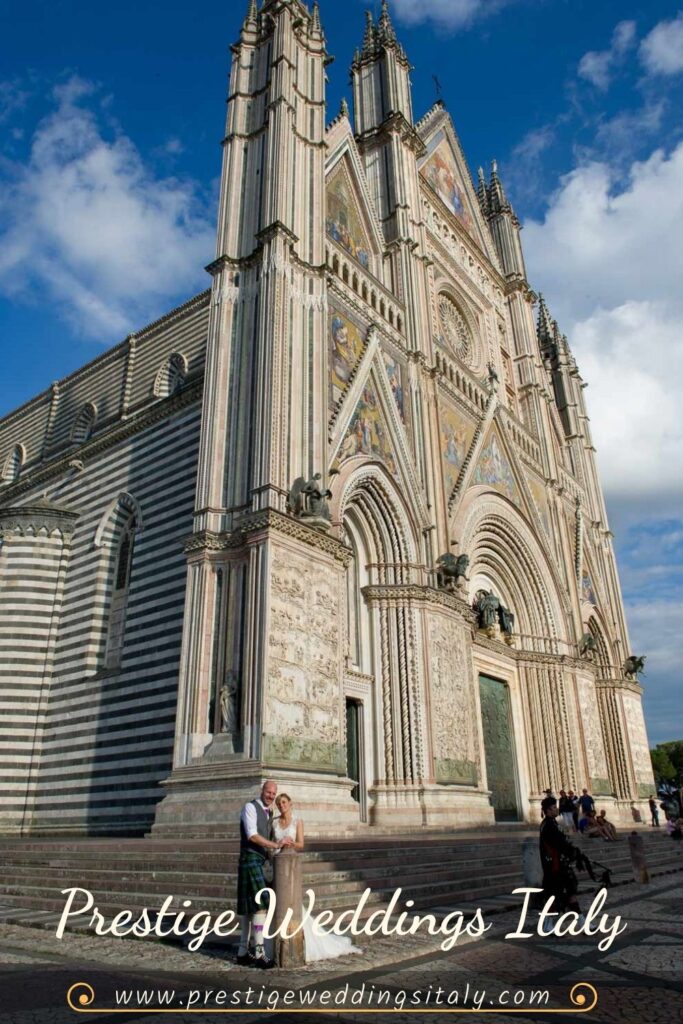 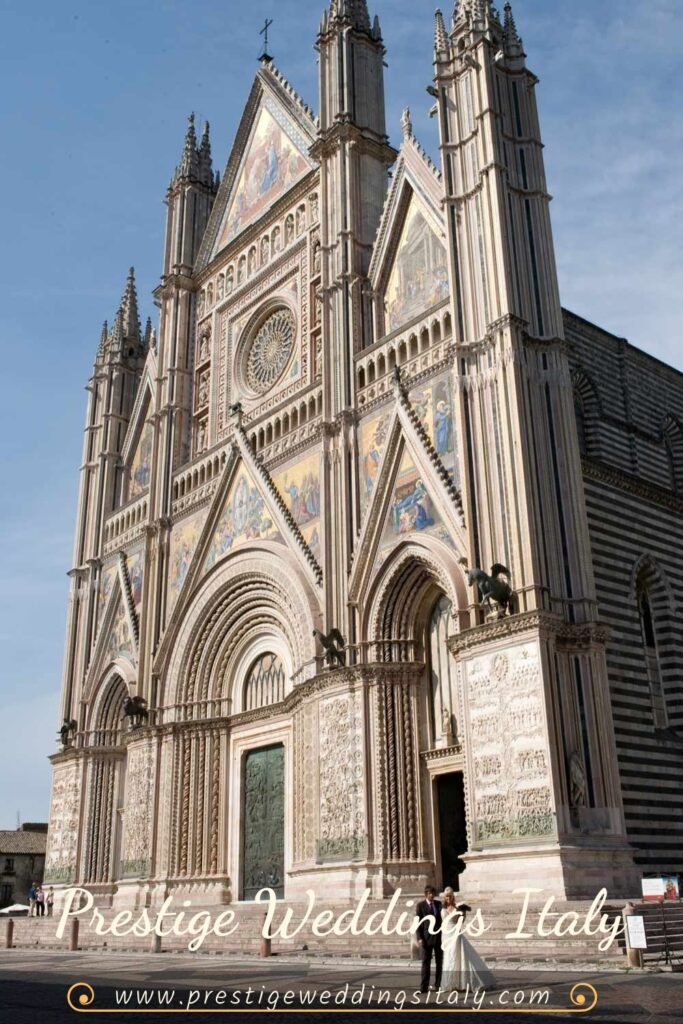 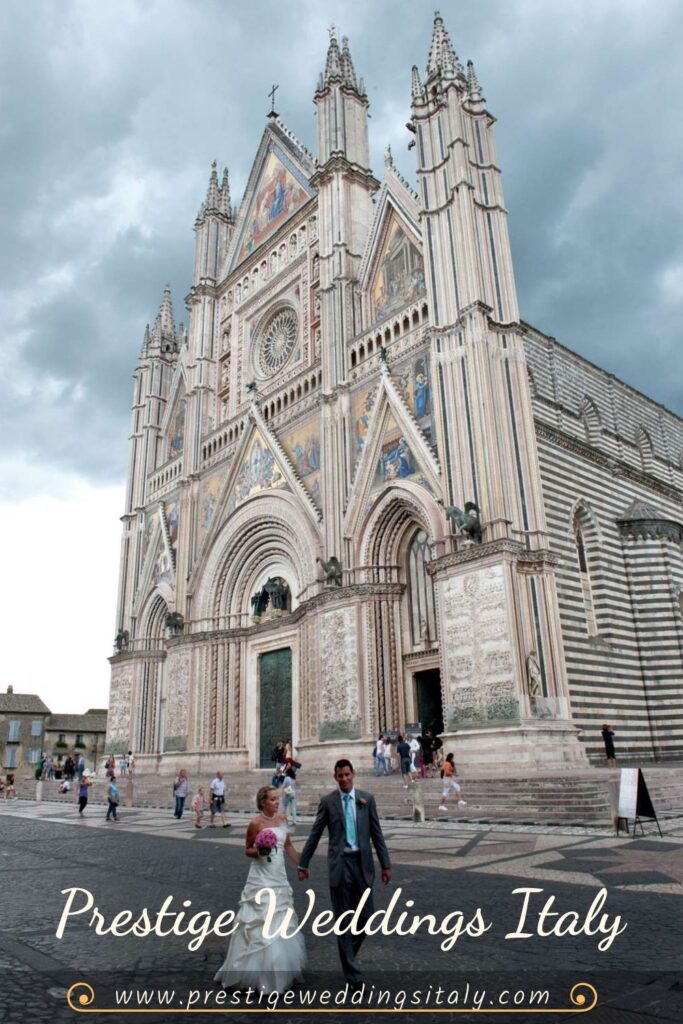 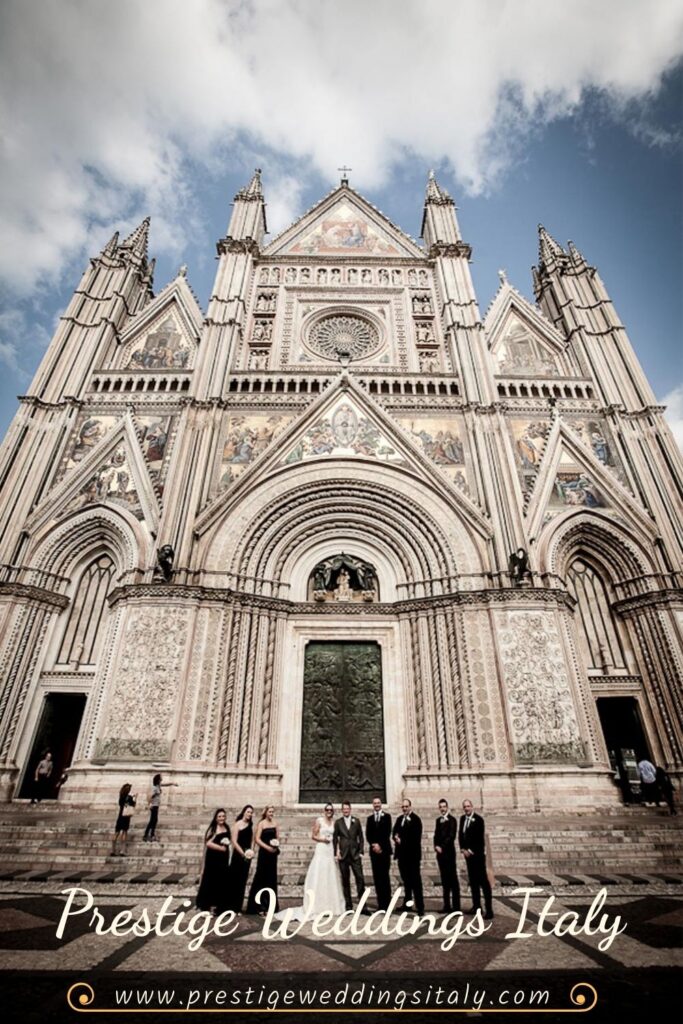 About the Author: Prestige Weddings Italy

This site uses Akismet to reduce spam. Learn how your comment data is processed.